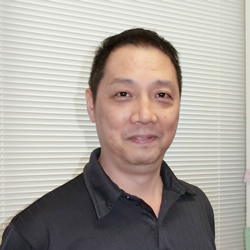 Originally from California, I am the son of Japanese and Chinese-Mauritian immigrants and have lived in the states of New York, Indiana, and Georgia, as well as in Saudi Arabia, before coming to Japan in 2011—all of which have permanently warped my sense of time, place, and culture. I have taught at several universities in the U.S. and Japan, and my research and teaching interests include issues of race in 20th/21st-century U.S. American literary, film, and popular culture, and transnational perspectives on U.S. American culture. Representative publications include “Inhabiting the Space of the Other: Josef von Sternberg’s Anatahan” (2017, Wayne State University Press), The Racial Horizon of Utopia: Unthinking the Future of Race in Late-Twentieth-Century American Utopian Novels (2016, Peter Lang), “Narrating Social Space: Ceremony, Utopian Desire, and Cultural Difference” (2012, Civilization 21), and “(Vulgar) Identity Politics in Outer Space: Delany’s Triton and the Heterotopian Narrative” (2001, J. of Narrative Theory). My seminar addresses literature, critical theory, and issues of race in relation to students’ particular interests.